LENNON - WOMAN - JESUS ​​CHRIST DIED FOR US, FULFILLING HIS LOVE WE WILL LIVE IN HIS NAME!!!

JESUS ​​CHRIST DIED FOR US, FULFILLING HIS LOVE WE WILL LIVE IN HIS NAME!!!

On the first day of the week, very early in the morning, the women went to Jesus' tomb, bringing the perfumes they had prepared. 2They found the stone rolled away from the tomb. 3But when they entered, they did not find the body of the Lord Jesus, 4and they did not know what was happening. At that, two men in shiny clothes stopped close to them. 5 In fear, they looked at the ground, but the two men said, “Why are you looking for the living among the dead? 6He he is not here. He is risen! Remember what he said to you when he was still in Galilee: 7 ‘The Son of Man must be delivered into the hands of sinners, be crucified and on the third day rise again. 8Then the women remembered what Jesus had said. 9They returned from the tomb and told all this to the Eleven and to all the others. 10They were Mary Magdalene, Joanna, and Mary, the mother of James. The other women who were with them also told these things to the apostles. 11But they thought it was all nonsense, and they did not believe it. 12Peter, however, got up and ran to the tomb. He looked inside and saw only the sheets. He then returned home, astonished at what had happened.

Brethren, 3 do you not know that all of us who were baptized into Jesus Christ were baptized into his death? 4We were buried with him through baptism into his death, so that, just as Christ was raised from the dead through the glory of the Father, we too might live a new life. 5For if, in a way, we have been identified with Jesus Christ by a death like his, we shall be like him also by a resurrection. 6 We know that our old man was crucified with Christ, that the body of sin might be destroyed, so that we would no longer serve sin. 7For he who has died is free from sin. 8If therefore we died with Christ, we believe that we shall also live with him. 9 We know that Christ, risen from the dead, dies no more; death no longer has power over him. 10For he who died died to sin once for all; but he that lives, is for God that lives. 11 So you also, consider yourselves dead to sin and alive to God in Jesus Christ.

Reading from the Book of Genesis – 1In the beginning God created the heavens and the earth. 26God said, "Let us make man in our image and after our likeness, that they may rule over the fish of the sea, over the birds of the air, over the beasts of all the earth, and over all the creeping things that creep on the earth." 27And God created man in his own image, in the image of God he created him: male and female he created them. 28And God blessed them and said to them, “Be fruitful and multiply, fill the earth and subdue it! Rule over the fish of the sea, over the birds of the sky and over all the animals that move on the earth.” 29And God said, “Behold, I deliver to you every seed-bearing plant on the earth, and every tree that produces fruit with its seed, to be your food. 30And to all the animals of the earth, and to all the birds of the air, and to everything that creeps on the earth that is alive with life, I give every vegetable for food.” And so it was. 31And God saw all that he had made, and, behold, it was all very good. There was an afternoon and a morning: sixth day. These readings show us that God is good, He does justice and teaches us the way of salvation. The Truth, the way and the life. Glory to the Lord forever. 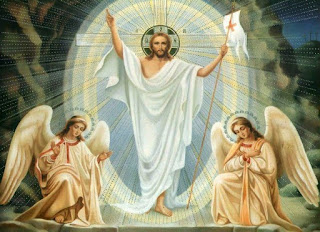 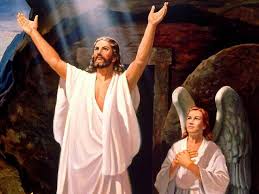