The decisive moment of salvation has arrived, the paschal moment of the glorification of Jesus Christ.


The decisive moment of salvation has arrived, the paschal moment of the glorification of Jesus Christ. Completed his activities and evangelizing mission, now Jesus must head towards Jerusalem, the place of the prophets and the fulfillment of all that he had to do. Jerusalem is not only the geographical city, but especially the heavenly city, the goal for all. So Jesus goes up to Jerusalem, at the same time he goes to the cross and to the Father. It is clearly a theological “path”. Here it is not a question of a “romantic” path, but of constant hardness. Jesus' mission will be with suffering, rejection, betrayal, humiliation and death. According to the evangelist, only through the cross will he reach glorification (Lk 24:26), and Jesus knew that all this would happen, he even prepared his disciples for that moment (cf. Mt 16:21). Aware that his action was a divine work for the salvation of all, he set out decisively for Jerusalem.
He "hardened His face" (εστηρισεν), that is, made the firm decision (...). In other words, He threw Himself totally into the Father's hands in order that His work might be accomplished completely, for God's time had come. He who was always all of the Father, did not measure efforts to give himself absolutely. His decision found barriers in Samaria, in Jerusalem and, before, rejected by his own family. It is common, when we really decide to go down a road, to find people who want to prevent us from walking, to be serious vocation obstacles. This should help us to strengthen our decisions. It is as if these rejections are a preparation for rejection to the cross. Samaria did not give Jesus or his disciples hospitality; Jerusalem drove him out; the nations persecuted and martyred his followers. Well then, He who came to welcome, to save, was rejected as a "bandit", a "evildoer", a "disgrace". He was not welcomed by those he was welcoming; he who did not need and brought saving food, was despised by those who were hungry for his grace. Given this, what to do? Not fearing suffering and the cross is the first sign of a vocation, of a true call from God. Deciding for God is, in fact, being aware of the infinite treasure it embraces and the insignificance of what the world represents.
How did the disciples James and John react to the Samaritans' rejection? They, despite living with Jesus, had not yet overcome the logic of fanaticism, power and facing setbacks and differences in the same currency. They still maintained the idea of ​​a messiah contrary to what was in the heart of Jesus, who came to be the Servant Messiah, not the one of power, domination, prestige and success; they wanted to act like fanatics of a past idea rejected by the Master. Certainly, the rejection of the Samaritans was linked to the possibility of Jesus, going to Jerusalem, maintaining the logic of the leaders of Israel. It is important to remember that when Jesus explained to the Samaritan woman true worship in "spirit and truth", there was complete acceptance of Him. In any case, glory passes through the cross, through pain, through death. Those who fear rejection and loneliness have not yet understood what it means to be a disciple of Christ (Benedict XVI). Acting as a disciple means, above all, being patient with the other person's time. It is difficult, but God knows the exact time of each one. It does not, however, mean not acting, but fearlessly sowing, caring and letting God reap. The disciple's joy is that of one who sows in the joy of a future and excellent harvest. Christ's disciples must understand that the only fire that must be released into the world is that of the Holy Spirit (cf. Lk 12:49; Acts 2:2-4).
The text above shows Jesus' long and difficult path to Jerusalem. In addition to facing the rejection of the Samaritans, he had to severely correct his disciples who still shared a fanatical, ideological and destructive mentality of the other in view of himself. He leaves Galilee, choosing His disciples, preparing them, doing good to all, but not always being understood. Some even want to stay with Him, but they still encounter financial, personal and family obstacles. Some deprive themselves of the truth for the ease of having a life in the pleasures offered by the business world, their own instinct and the family lap. Indeed, it is not easy to let go of a world of personal pleasures, satisfactions, apparent accomplishments and strong cultures. Once accustomed to the enslavement of oneself, the exploitation of the other and the deceptive way of life in which one takes advantage of everything, abandoning all this would mean slavery. That is, following Jesus Christ, in this case, is what they understand as being enslaved, that is, unable to experience what they feel the way they want. In fact, what they live has already blinded them so that they can no longer see true freedom. While they live according to the flesh, they travel a path of death. Let's live for God. 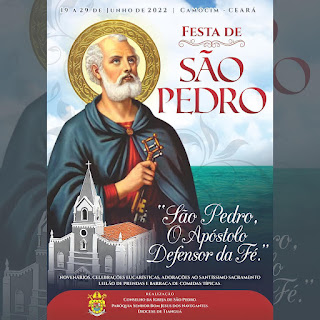