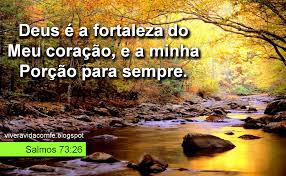 1. “If I do not go, the other Paraclete will not come” (Jn 16:7). Pentecost is the fiftieth day of the celebration of the gift of the Law in the Sign for Israel, it is the day of the greatest gift of Easter, of the sending of the Holy Spirit, for Luke; it is the day of Christ's πνευμα for His Church; the Wind of charisms; it is the day of those who will speak in the name of God, hence the symbolism of tongues as if of fire; it is the day of the courageous, passionate and charming impulse of the transforming mission of man, who needs the Spirit of God, because “without the Holy Spirit, God is far away; Christ remains in the past; the Gospel is a dead letter; the Church is a simple organization; authority is a power; the mission is propaganda; the cult, an old thing; and moral action, the action of slaves. But, in the Spirit, the cosmos is ennobled by the generation of the Kingdom; Risen Christ becomes present; the Gospel becomes power and life; the Church realizes Trinitarian communion; authority becomes service; the liturgy is both memorial and anticipation; human action is deified” (Athenagoras). By the Holy Spirit, the gift of Christ, creation is renewed, man and community are recreated, and mission opened. The Church of Jesus Christ officially begins, and with it the new man. The New and Eternal Covenant is established and the safe salvific direction for all who open themselves to the love of God.

2. "At dusk of that day, the first of the week...". The day of Jesus' resurrection, the day of the fullness of the Sabbath of the first covenant, the day of victory over death, sin, and evil; the day of the New and Eternal Covenant; the day of Christian liturgy, of meeting in the House of God, to hear the Word of salvation, of fraternal experience, of the Eucharist and prayer; the day of the new creation; the permanent day of the Church. On the other hand, the expression “At dusk” indicates fear, closure, disillusionment, cowardice, indifference, disbelief, among other things. It can also indicate the reality of those who seek a life without God, without trust, without faith and full of themselves. Well, in the midst of this incredulous reality, the Light of Heaven shines, Jesus is present.

3. "...the doors of the place where the disciples were gathered, for fear of the Jews, ...". The disciples were afraid, ashamed, disappointed and full of frustration at what had happened; they were afraid of being expelled from the synagogues, of appearing in public, of being identified with a defeated person, a cursed one by Yahweh (Dt 21:23), with a failure. Fear gripped them precisely because they did not have the Spirit of God. They had not yet reached the truth about Jesus, they could not understand the Master of Nazareth's way or thought, they were incapable of a deep interior change in living with Jesus, despite there having been, even if in a shallow way, a renunciation of their lives. to follow Him. Inside them was already the seed of everything that would totally transform them, but only understood before the Risen One.

4. "...Jesus entered and, standing among them, said: 'Peace be with you.' This peace is the fruit of victory, it comes as the fullness of Messianic goods. After these words, he showed them his hands and the side". Resurrected Jesus no longer depends on the laws of nature, on the laws that govern the universe, physical reality. He is now in a state of glory. His human nature was glorified, pneumatified, raised to fullness. In this new reality, Jesus remains the same person, retains His identity. He who died crucified, cast on the cross as one cursed by Yahweh, now beholds him before the disciples, glorified and filled with the gift of peace. Before the disciples, he presents himself confirming them in the faith. The recognition of Jesus by His disciples was a reason for tremendous joy, for now everyone was seeing what was once just a sign: He is Lord. Jesus grants them the gift of Peace, but it does not mean any expression of peace, but that which springs from obedience to the will of the Father, from the mystery of the cross, from the total surrender of oneself for the good of the other; it is peace par excellence, a peace that requires, above all, total adherence to God and unity with others, the desire to form a single family through Jesus Christ and in the unity of the Holy Spirit.

5. "... breathed on them and said, 'Receive the Holy Spirit.'" As in Gen 2:7, here Jesus grants His own mission to His own, giving them His Spirit as their soul. The greatest gift of Easter is the Holy Spirit, given to the Church, so that she may live exclusively by the will of the Lord, be fully identified with her Head, Christ Jesus the Lord, live in the fullness of unity and fraternity, proclaim, without error, the Gospel to all peoples, be the place of salvific encounter, and walk towards absolute communion with the Father. The Spirit of God allows one to reach the Truth, to abandon oneself in an existence for God and to build a unity, identified with the mystery of the One and Triune God.