I keep imagining Jesus' moment of prayer with his disciples. He being God in prayer, and the disciples there beside him also calling God Father and receiving the same example of how to put himself in a prayerful attitude. Luke makes a point of emphasizing that this prayer is in a secluded place, a place apart. This is what we do on Sundays: all together in the Holy Temple to celebrate the Eucharist. There the priest and the people, around the altar of the Eucharist and of the Word, together in prayer, praising, adoring and blessing the Lord of life. As disciples, we not only pray to the Lord, but we also feed on him: through the Word and the Eucharist. What an eternal moment! There we live the mystery of the death and resurrection of the Lord. Well, it is precisely by placing prayer at the beginning of Jesus' great questions that Luke begins this day's text. This is one of the characteristics of the Master. His life condition is prayerful, for He is all for His Father and is always turned to the Father, interceding for all of His. He is the Just Innocent already mentioned in Zec 12:10-11; 13:1, but also the One who was wounded to death only because he was light to all. How to understand Him?

2. "And who do you say that I am?" Jesus doesn't want a scientific definition of Him, he doesn't want concepts about his person. What interests Him is the adherence of His disciples to Him and to His work. Knowledge alone does not say anything, it does not elevate anyone. Often it only serves to deceive those who know it into the illusion of a universe of pride and self-sufficiency. It is not this kind of knowledge that serves in the discovery of Jesus. Here it is an experience in the intimacy of a life of encounter, of openness to the action of God and of faith. The apostles lived with Jesus, listened to Him, learned from Him, saw His miracles and experienced His merciful action. Jesus' life with them was the most perfect school of life and faith. So, confirming what they say about HIM doesn't mean anything, because what they say doesn't match the Master's reality. Knowing the reality of Jesus requires personal experience and self-giving, renunciation of worldly mentality and acceptance of God's logic. It is not enough to like Jesus because He loved, cared for people and taught what is most beautiful about God and human beings; knowledge without adherence saves no one.

3. In Matt, Peter says, "You are the Messiah, the Son of the living God." In Luke he says only "the Christ of God." In both texts, Peter tells the truth about the Master, but he does not know the depth of this statement. In fact, it was professed by inspiration of God. Peter did not imagine Jesus as the Messiah according to God's mind, but according to the minds of the Jews. Even so, Jesus respects his claim. At the end of the text of Mt, unlike Lk, he adds, despite the success of the answer, a Peter still unaware of God's plan at the moment when Jesus said that he would suffer a lot and die on the part of the elders, the high priests and the teachers of the Law, but that he would rise again on the third day. Peter, manifests himself and, once again, demonstrates not knowing the type of Messiah that Jesus was. In both Peter's statements, there is tremendous ignorance about the Savior's Person and mission. Now, it is precisely in following Jesus the Servant that a true disciple will be made. It means that doctrinal knowledge is not enough, certainly important, but insufficient without following the person of Jesus Christ.

4. Jesus Christ is aware of all that will go through because of His surrender for the salvation of mankind. He knows that the world will make him suffer, reject him, kill him, but it will not prevent his victory, which will come on the "Third Day". Knowing well the end for each prophet, He does not shy away from what the world is preparing for him by using the ingredients of hatred, lies, illusion, despair and inordinate passion for power. On the other hand, Jesus does not allow himself to be seduced by anything that prevents him from doing exclusively the will of the Father, from being obedient to the point of death, from being YES in every moment of his life and from not abandoning his love for the salvation of those who destroy it.

5. What they do with Christ, they will also do with his followers. That's why Jesus says: "If anyone wants to follow me, let him deny himself, take up his cross daily, and follow me". There are three important verbs here: to renounce (self), take up (the cross each day) and follow (Jesus). All three concern the very reality of Jesus in history: he did not cling to his divine condition and became flesh to save; in history, he was not afraid of suffering, being rejected, he was faithful until death, performed as a total surrender of himself; everything being done in accordance with the will of the Father for the salvific good of all. This model of conscious acceptance of the mission as a surrender of oneself, abandoning one's own will, not fearing the rejection of the world, dying to save us. 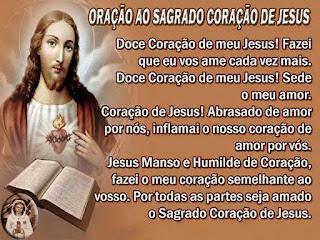