The earth is full of God's love; by his word the heavens were made, alleluia! (Ps 32,5s)

The earth is full of God's love; by his word the heavens were made, alleluia! (Ps 32,5s)

We are invited by the Good Shepherd to be part of his flock and learn from him the way of being Church. He leads us to the springs of life, and his words give us security: nothing can snatch us from his hands. On this day of prayer for vocations and religious, let us also celebrate in communion with all mothers, living and deceased. In those days, Paul and Barnabas, 14 leaving Perga, arrived at Antioch in Pisidia. And entering the synagogue on the Sabbath day, they sat down. 43Many Jews and pious people converted to Judaism followed Paul and Barnabas. Talking to them, the two urged them to remain faithful to God's grace. 44 On the following Saturday, almost the entire city gathered to hear the Word of God. 45 When the Jews saw that crowd, they were filled with envy, and they blasphemed against what Paul said. 46 Then, with great courage, Paul and Barnabas declared, “It was necessary to preach the word of God to you first. But as you reject it and consider yourselves unworthy of eternal life, know that we are going to address the heathen. 47For this is the command that the Lord has given us: 'I have made you a light to the nations, that you may bring salvation to the ends of the earth.' 48The heathens were very glad when they heard this, and they glorified the word of the Lord. All who were destined for eternal life embraced the faith. 49So the word of the Lord spread throughout the region. 50But the Jews stirred up the rich and religious women, as well as the influential men of the city, provoked a persecution against Paul and Barnabas and expelled them from their territory. 51Then the apostles shook off the dust from their feet against them and went to the city of Iconium. 52The disciples, however, were filled with joy and with the Holy Spirit.

I, John, 9 saw an immense multitude of people from every nation, tribe, people and language, which no one could count. They were standing before the throne and the Lamb; they wore white robes and held palms in their hands. 14Then one of the elders said to me, “These are the ones who came out of the great tribulation. They washed and bleached their clothes in the blood of the Lamb. 15 Therefore they stand before the throne of God and serve him day and night in his temple. And he who sits on the throne will shelter them in his tent. 16They will never be hungry or thirsty again. Neither the sun nor any burning heat will bother them. 17For the Lamb, who is in the midst of the throne, will be their shepherd, and he will lead them to springs of the water of life. And God will wipe away the tears from their eyes.” I am the good shepherd, says the Lord; / I know my sheep and they know me (Jn 10:14). – Proclamation of the Gospel of Jesus Christ according to John – At that time, Jesus said: 27 “My sheep listen to my voice, I know them and they follow me. 28I give them eternal life, and they will never be lost. And no one will snatch them out of my hand. 29 My Father, who gave me these sheep, is greater than all, and no one can snatch them out of the Father's hand. 30I and the Father are one.” GLORY TO YOU LORD. 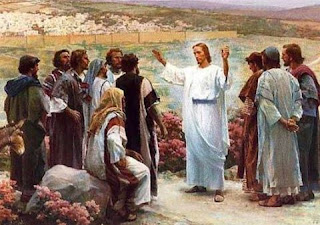 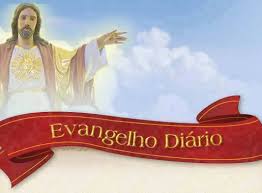